CONCORD, N.H. — The House Criminal Justice and Public Safety Committee approved a bill Tuesday (13-7) that would legalize possession and limited cultivation of cannabis for adults 21 and older in New Hampshire. A full House vote on HB 1648 is expected to take place on Thursday, February 6.

HB 1648 would allow adults 21 and over to possess up to three-quarters of an ounce of cannabis, five grams of hashish, and up to 300 mg of cannabis-infused products (currently a violation punishable by a civil fine). It would also permit cultivation of up to six plants (including up to three mature ones) at home in a secure location that is not visible from other properties. A summary of HB 1648 is available here.

The House of Representatives passed a similar bill in 2019, HB 481, that would have legalized cannabis in the state. That bill, which unlike HB 1648 would have created a regulated and taxed market, ultimately died in the Senate after being referred for “interim study” by the Senate Judiciary Committee.

Polls published by the University of New Hampshire Survey Center in 2019 found that an overwhelming amount (68%) of Granite Staters are in favor of legalizing cannabis. Notably, support for legalization is more popular than any elected official in the state.

“Like most Granite Staters, this committee understands that it’s time for New Hampshire to stop prohibiting cannabis. Adults in the “Live Free or Die” state should not be punished for their choice to use a substance that is objectively less harmful than alcohol. Now that New Hampshire is literally surrounded by jurisdictions where cannabis is legal for adults, our current policies can no longer be justified in any way. It’s time for the House, Senate, and Gov. Chris Sununu to work together and move cannabis policies into the 21st century.”

The Marijuana Policy Project is the nation’s largest marijuana policy organization. It has been a leading advocate for federal marijuana policy reforms since its founding in 1995, and it has played a leading role in most major state-level reforms that have occurred over the past two decades. For more information, visit https://www.mpp.org. 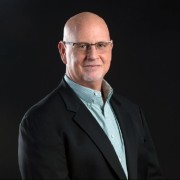 Todd uses his 10 years experience in the cannabis space and his 25 years of television production experience and is now a cannabis and hemp marketing consultant helping new and struggling companies navigate to success. When Todd joined Digipath, Inc., (OTCQB: DIGP) in 2014 Todd Denkin he transformed the company from a pure digital pathology solution provider into a leader in the medical and recreational cannabis testing market. Digipath Labs’ Las Vegas cannabis testing facility is the number-one testing lab in Nevada, seeing a steady increase in clients and revenues since opening in May of 2015. While maintaining the highest standard for cannabis testing, Todd also focused on managing day to day activities including managing 19 employees, sales and marketing, IR, PR and all aspects of running a public company. While doing all of that, Todd also co-founded The National Marijuana News where he serves as it's president and on-air host. Denkin’s career has been defined by foresight––the ability to spot and take advantage of emerging market trends and navigate new companies into lucrative markets. In 2009, Todd identified a trend in grow-your-own hydroponic systems and co-founded the self-contained hydroponic system leader Phototron Holdings (now GrowLife) (OTCQB: PHOT), helping take the company public and serving as its president. At the time it was one of the very first publicly traded cannabis companies. He also co-founded 10 Mile Farms, a hydroponic vegetable growing company dedicated to sprouting locally grown vertical indoor organic produce farms in communities across the country. Starting in the television and film production business since attending the University of Florida, Denkin became a 25-year show business veteran producing, editing and directing TV shows, commercials, infomercials music videos and films. It was another natural fit for Denkin to shift to the Internet in 2000 with a streaming video dot com startup in Las Vegas, NV. He helped take that company public in 2003 and was instrumental in building it to a $300 million market cap. You can learn more about Todd at: www.todddenkin.com

Back in the Studio with @edibledee